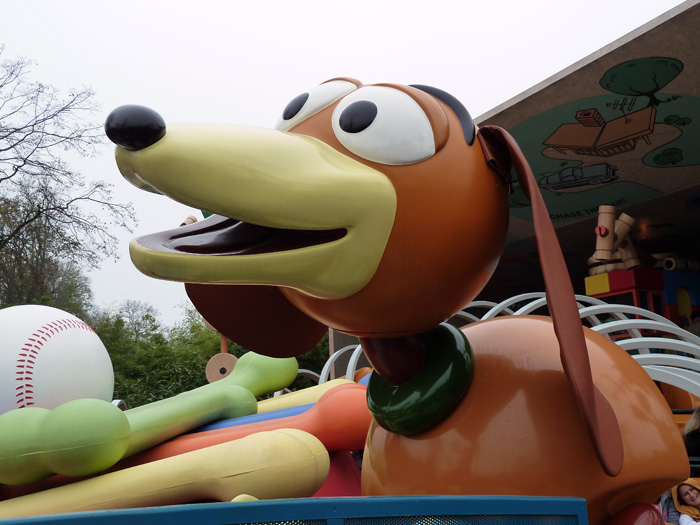 Just today I got a guide book from 1992 for Euro Disney, as it was back then, and on reading it through it struck me that on my 11 visits there are certain things I’ve not done or experienced. Some I will never be able to do as you’ll find out later in the article, some are very doable and some probably won’t ever be done.

I’ve Never Used Francs
This was the first thing that struck me when reading the old guide book, that when Disneyland Paris first opened in 1992 French Francs were the currency and not Euros as it is now. My first visit to Disneyland Paris was in July 2002 and it was on January 1st of that year that the currency changed. Every piece of merchandise I’ve ever bought and every bit of food or drink of purchased there has always had a € symbol next to the price, and never a ₣, like had been in pace for the 10 years before my first visit.

I’ve Never Visited a 1 Park Resort
I was going to call this ‘I’ve never not visited Walt Disney Studios’, but then I had a flashback to English lessons 25 years ago and being told to avoid double negatives. Grammar aside the sentiment is true, Walt Disney Studios opened mere weeks before my first visit in 2002 and so I have never visited Disneyland Paris when Disneyland Park has been the only option. Though we admittedly spend the majority of our time in Disneyland Park, attractions like the Backstage Tram Tour and Cinemagique are among my favourites, and Cars Quatre Roues Rallye is my little boy’s absolute favourite, along with It’s A Small World. To not have the option of walking into a second park is quite alien to me, though for 10 years it was perfectly normal to the millions of visitors.

I’ve Never Been On A Thrill Ride
As regular readers will know, I’m a thrill avoider. That means I’ve never been on Rock n Roller Coaster, Space Mountain (original or current version), Indiana Jones and the Temple of Peril, Tower of Terror, Crush’s Coaster or Big Thunder Mountain. That last one was going to be one I was going to tackle and even wrote about it here. However, on my trip to Disneyland Paris last month a combination of tiredness and a recent safety problems meant I once again declined to ride Big Thunder Mountain. Maybe one day I will pluck up the courage to ride some of them, though for now some of the most iconic rides in the parks will remain on my never done list.

I’ve Never Been On Any Of The Rides In Toy Story Playland
The previous paragraph about thrill rides is how I felt about Toy Story Playland, at least that is until I saw the rides up close and personal last month. I had it in my head that the rides would be beyond my fragile threshold for adrenaline but maybe that’s not the case. When I got the chance to stand near them I realised that the Toy Soldiers Parachute Drop wasn’t that high and didn’t drop that fast. I also saw that Slinky Dog Zigzag Spin never actually got up to a speed that scares me. RC Racer is never going to happen, but hey, two out of three isn’t bad, is it? So while this sits in this list today, maybe after my next visit I will have conquered those not so scary rides. Actually. I’ve put my head inside Rex’s mouth and had my photo taken – does that count?

I’ve Never Eaten In Newport Bay Club
I’ve eaten in La Cantina, Hotel Santa Fe. I’ve Eaten in the Chuck Wagon Cafe, Hotel Cheyenne. I’ve eaten in Hunter’s Grill, Sequoia Lodge. I’ve eaten in the Manhattan Restaurant, Hotel New York and I’ve eaten in Inventions, Disneyland Hotel. However, in spite of being a seafood lover I’ve never eaten in Cape Cod or Yacht Club at the Newport Bay Club. This is the only on site hotel I’ve never eaten in and I’m not counting the Davy Crockett Ranch as that’s a drive away. All reports of the food their are glowing so it’s something I must rectify in one of my next visits.

I’be Never Been Up In Panoramagique
Yes, you’ve guessed it, I’m afraid of heights. However, I also love taking photographs and I can’t think of a better place to do that from in Disneyland Paris than when floating above the resort in that giant balloon. This is something I have considered in the past and it’s more likely that I’ll experience Panoramagique before any of the aforementioned thrill rides. It would have to be a very calm clear day though – no way am I going up there to be bounced around like a pinball or find the conditions are not very good for taking photos.

I’ve Never Planned My Trip
I seem to be in the minority in that aside from maybe one meal, I never plan anything for our trips to Disneyland Paris. Every time we have been we just take each day as it comes and do what we feel like at the time. The only thing that comes close to planning is that on our second day we always visit Walt Disney Studios, but that’s more tradition than planning. Life has a habit of getting in the way, especially with kids, and I’d hate to take my time planning an itinerary only for it to be ruined by someone not wanting to keep to the schedule. I might eat lots at breakfast and not want to go the to designated food outlet for lunch, or my son might want to go on the Cars ride 5 times in a row! No, planning visits to Disneyland Paris is definitely not for me – it all sounds like too much work and far too open to disruption.

I’ve Never Had My Hair Cut At Dapper Dan’s
You may not know this but Dapper Dan’s is an actual barber shop where you can get a hair cut or moustache trim. I’ve never done that is as I am married to a hair stylist so haven’t actually paid for a hair cut in over 13 years. However I would like to experience this at some point. Not only do I want to tick it off the my DLP bucket list but I think it would be quite surreal and enjoyable to have my hair cut on Main ST USA in Disneyland Paris!

I’ve Never Ridden A Pedalo On Lake Disney
Certainly one for the summer months but I think it would be nice to cruise around Lake Disney on a pedalo. They used to have peddle powered ships that were actually in the shape of mini cruse liners, though I’m not sure if they are still present. What’s stopped me in the past is a nagging feeling that I could go on a pedlo on any lake or at any beach back home. Yes I could, but this is Lake Disney and I need to put that notion aside. Likewise I’ve never hired one of the peddle powered land vessels that you see people zoom around on, nor have I been on the little train that resides at the Lake Disney end of Disney Village. Along with Panoramagique I think I have an afternoon’s activities
planned without even entering one of the parks!

I’ve Never Found Our Stone At Walt Disney Studios
Back in December 2003 my wife and I honeymooned in Disneyland Paris and we bought a stone, engraved with our wedding date and place, next to the Mickey Mouse garden in front of the Disneyland Hotel. Part of the deal at the time was that we also got a stone in Walt Disney Studios for free. However, on numerous visits since we have never been able locate our Stone in Walt Disney Studios and we even have had thoughts that maybe it never actually got laid. I remember reading somewhere that the stones had a life cycle of 10 years, which would mean that in 3 years time ours will be replaced. However, there are still lots of vacant plots in both parks and they haven’t sold the stones for years, so maybe ours will be a part of Disneyland Paris for many years to come.

How Far Do You Walk in Disneyland Paris? 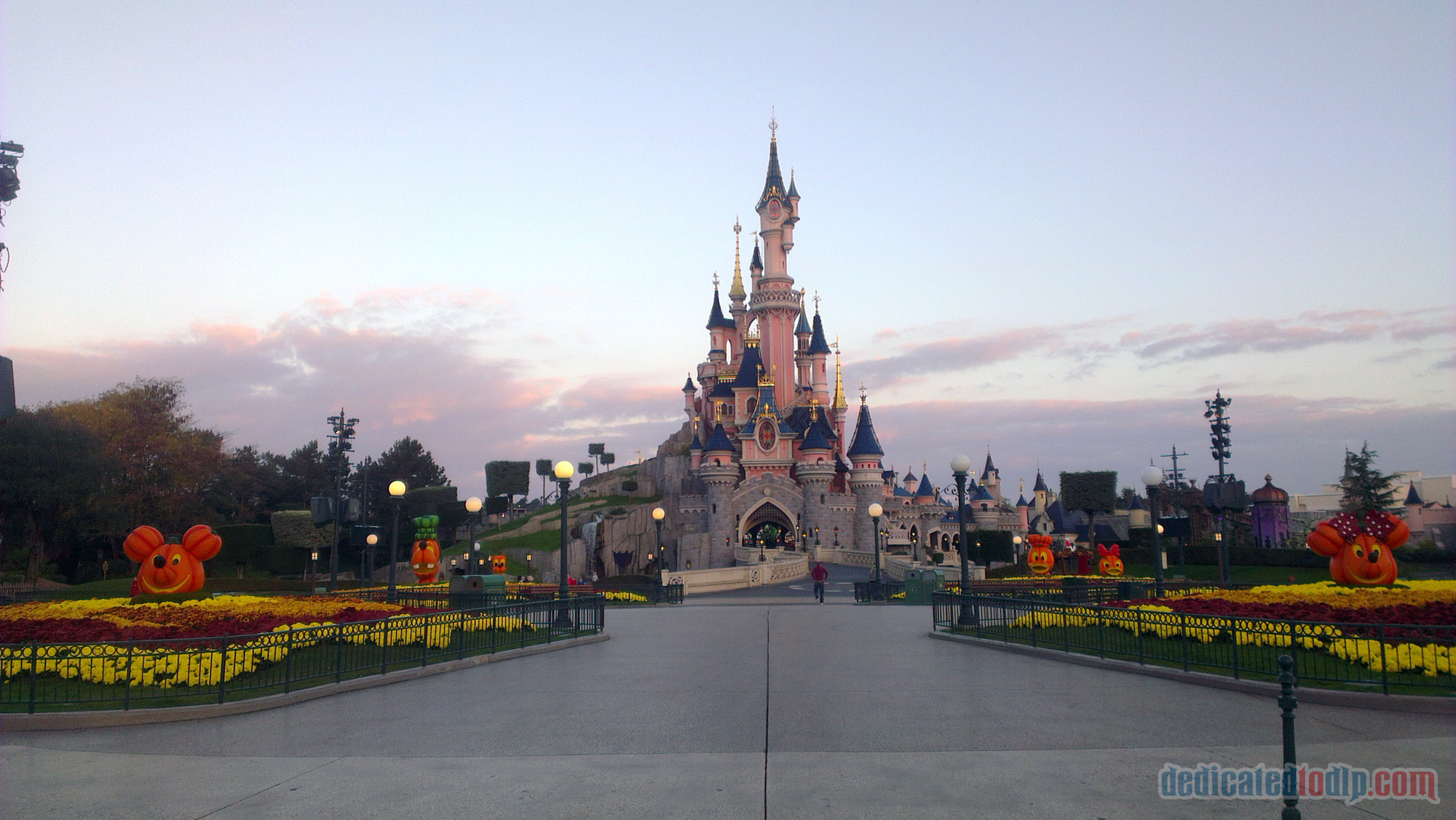