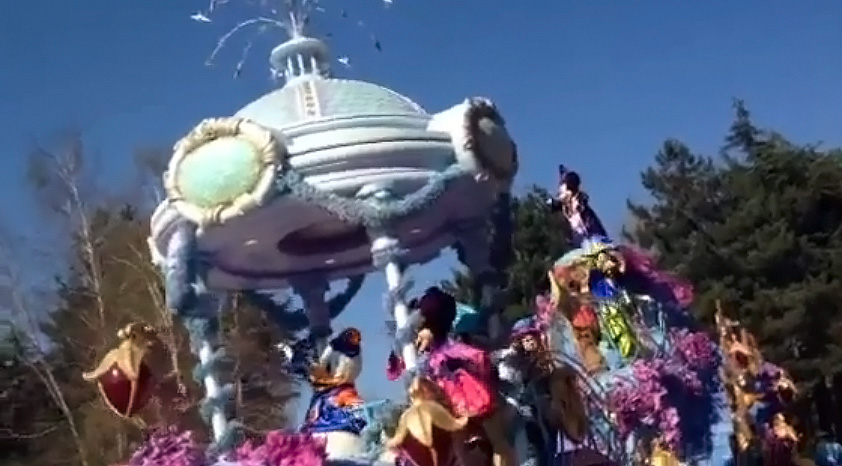 I have to thank Park Paradise for bringing this video to my attention, and this video being the première of the brand new Disneyland Paris parade; Disney Magic on Parade, from Monday, March 26th. Don’t watch if you are going to Disneyland Paris and want it to be a surprise!

After 5 years of Disney’s Once Upon A Dream Parade, and even longer for the Wonderful World of Disney Parade before that, it’s a little surreal to see, and hear, a new parade. OK, so not a huge amount has changed, in fact most of the floats are the same as previous parades. But there are 2 new floats which look great, the characters have new outfits and some of those charters are new to this parade too. Plus of course there’s the new Magic Everywhere song which I now like, even though when I first heard it I wasn’t impressed. Hearing Magic Everywhere as part of the whole parade, rather than just as an audio track, does improve the experience somewhat. To take it one step further and be there in person to see Disney Magic on Parade will be spectacular, and I am sure everyone will be singing the song for years to come.

So, if you watched the video, what did you think? Does it make you make excited to see it in Disneyland Park or are you in some way disappointed?