The morning of the Disneyland Paris 5K had arrived and after an extremely early start all the runners gathered on Avenue Paul Seramy lining up in their assigned corral start groups. With a stage next to the start line and big screens to view the action, we were entertained while waiting with music, a warm up and words of encouragement for the likes of Paula Radcliffe. We were promised some exciting experiences on route to the finish so the anticipation grew.

The race started promptly at 7am and all runners were given their own count down as staggered group crossed the start line. The route was to take us through both parks and some backstage areas of Disneyland Paris. 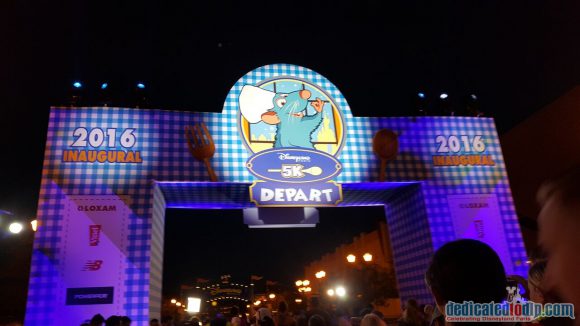 First off was Disneyland Park, running down Main Street as it was lit in the morning twilight was spectacular. Pass the castle and the sight of the first characters on route. Cruella and Jafar awaited runners by the castle stage. 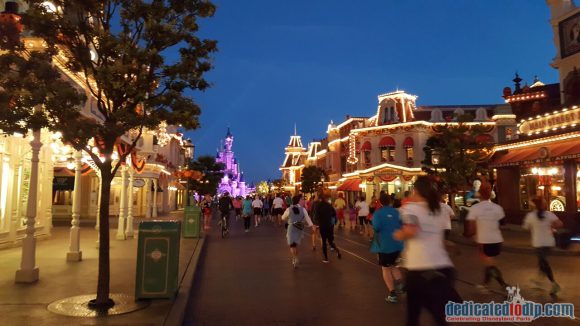 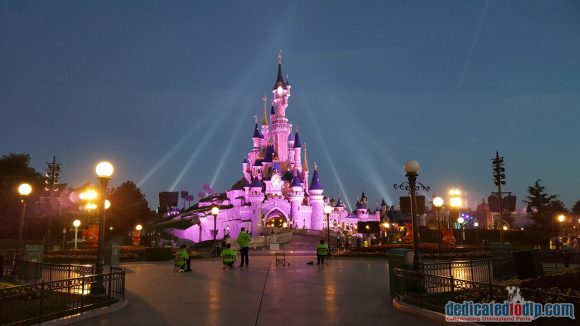 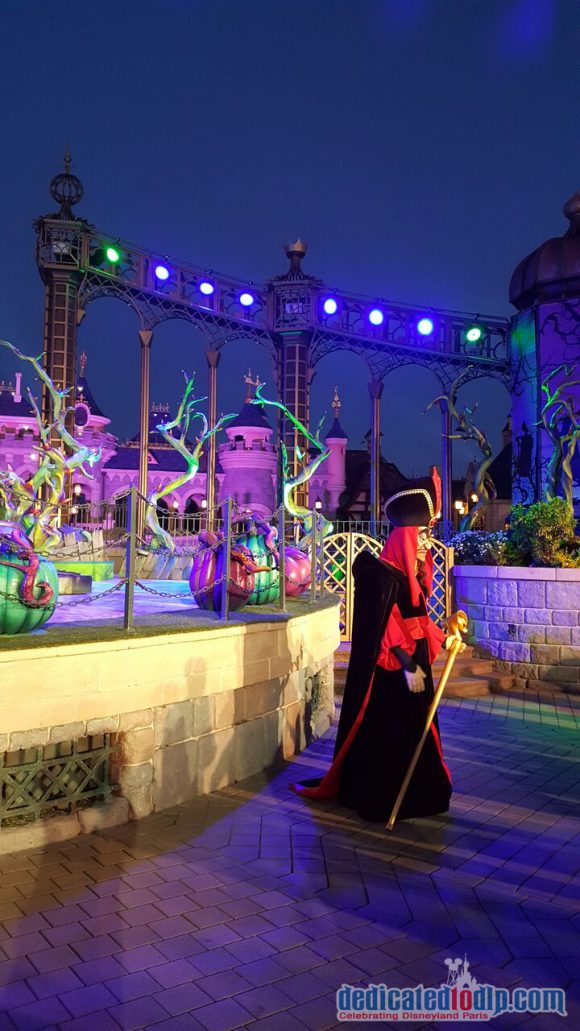 And off we went, a quick run through Discoveryland and pass the first distance marker, 1k down 4 to go! 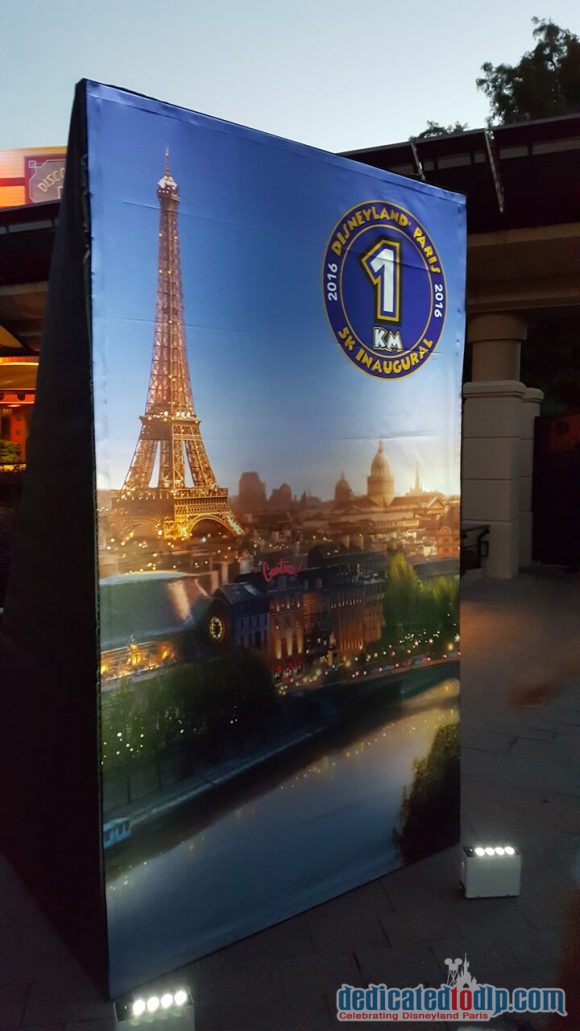 Next characters were Chewie and R2-D2 outside Videopolis. Then we are taken to the first backstage area of the the route next to Buzz Lightyear Laser Blast. Not much to see but the lighting was impressive flashing blue and red as we ran through. Entering Fantasyland the gang from 100 Acre Wood were waiting to greet us. Tigger, Eeyore, Piglet, Pooh and Rabbit made for a great photo opportunity. Other characters in this part of the route included Thumper and Miss Bunny, and Mary Poppins with Bert and Penguin. The route passed breifly through Adventureland with a much needed water stop. Through the castle was next, recreating the much seen promotional photo and off through Frontierland we went bumping into Woody and Jeesie on our way. 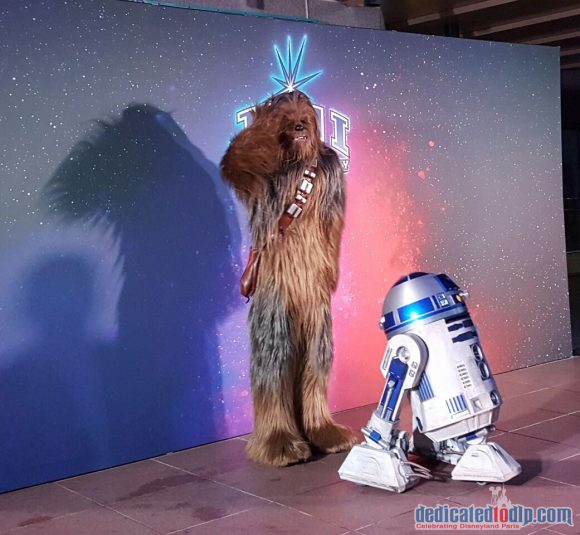 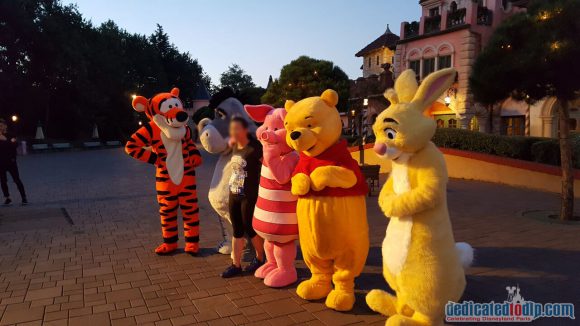 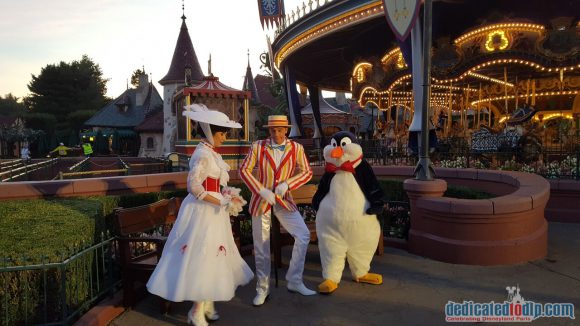 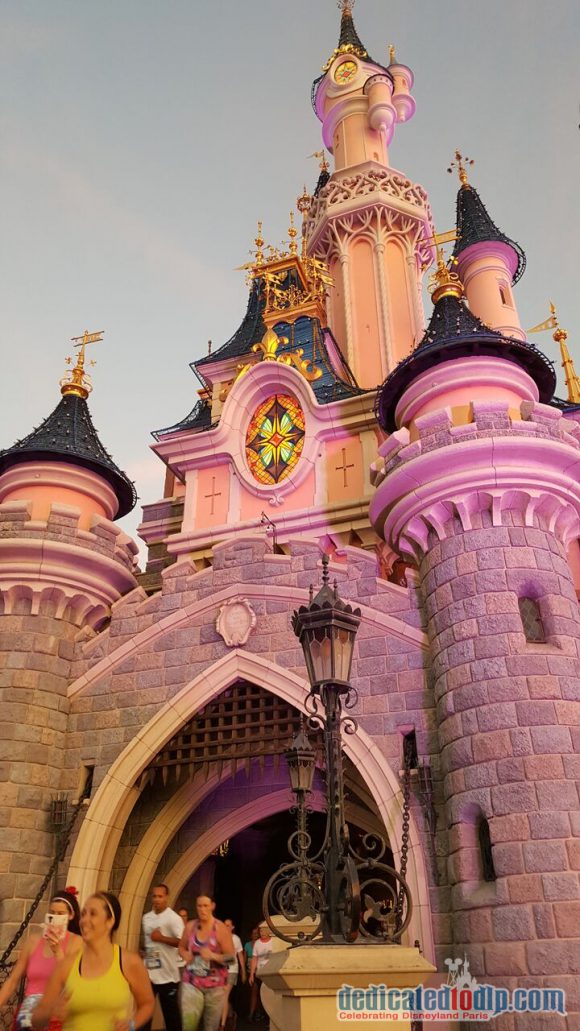 The route then exited Disneyland Park through backstage area next to Phantom Manor. This was interesting to see at it included Cast Member areas and the back of some of Main Street’s buildings. Another water stop, pass marker 3k and we entered Walt Disney Studios. Down towards Ratatouille where the main man Remy and Linguini waited our arrival. 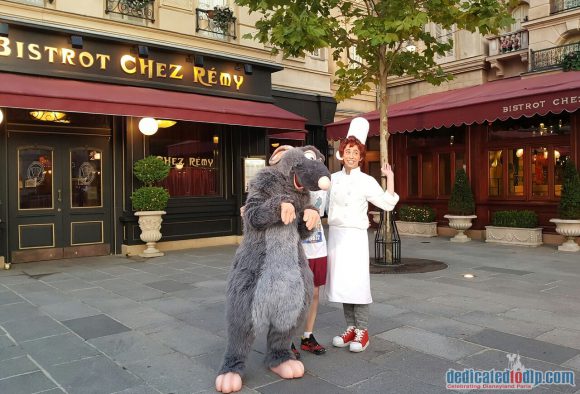 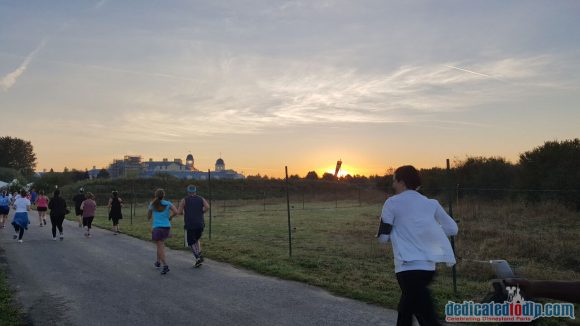 Back up towards Studio 1 where some of the much missed cars from Stars and Cars parade were parked. Passed Rock ‘N’ Roller Coaster and Spider-Man casually hanging out by the yellow taxi cab and off into in last stretch of the race. With the sun raise shining on the Newport Bay Club Hotel we could see the finish line. Donald and Daisy dressed in their sports gear were cheering us on as we crossed the line to high fives and applause. 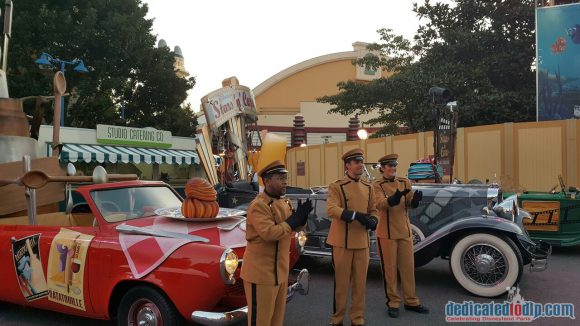 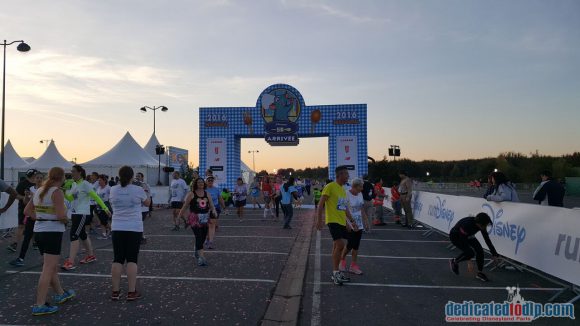 Everyone who finished received their Ratatouille themed 5k medal, water, and a food bag containing an apple, cereal bar and peanuts., then it was off to recover and enjoy a day in the parks. Best way to reward yourself I think. 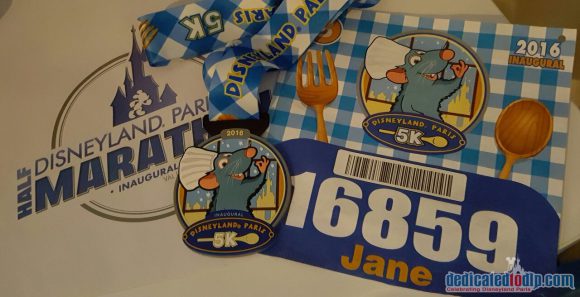 It was an amazing experience and worth getting up so early for. With cheering cast members lining the course and an relaxed fun atmosphere, I would do this everyday if I could. There was no hint of competition, the focus really was to enjoy the moment. Runners were regularly stopping to take photos, check up on each other and generally to take in the atmosphere. Everyone involved including volunteers, fellow runners and all the cast members made this one very special event and for that I would like to thank them all.

Well done to all who took part.

So 5K down…. Only another 21.1K to go! I actually can’t wait, bring on the Disneyland Paris Half Marathon. 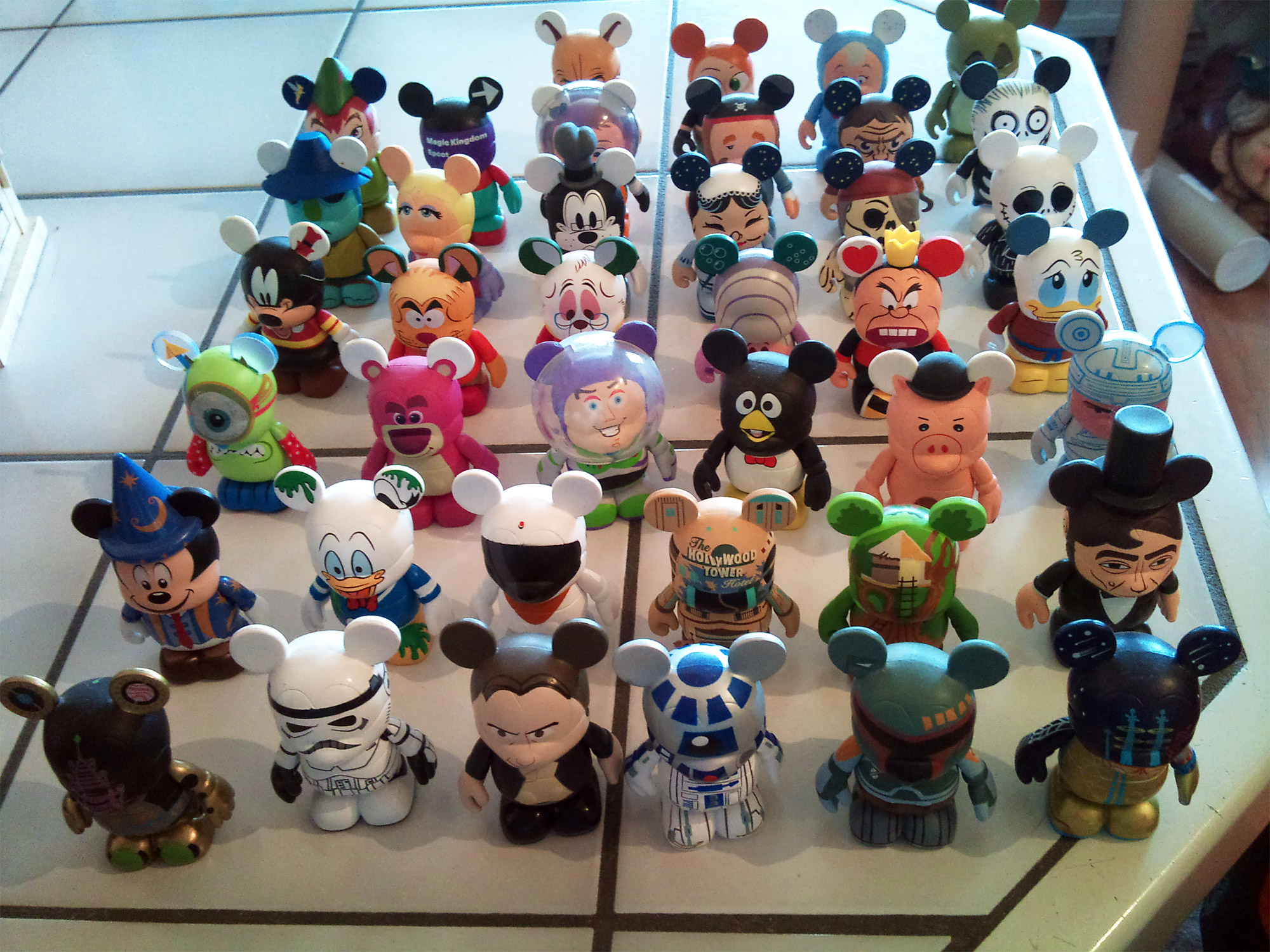 In the Mind of a Vinylmation Collector 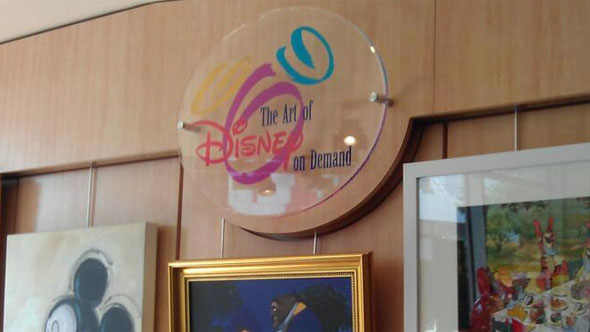 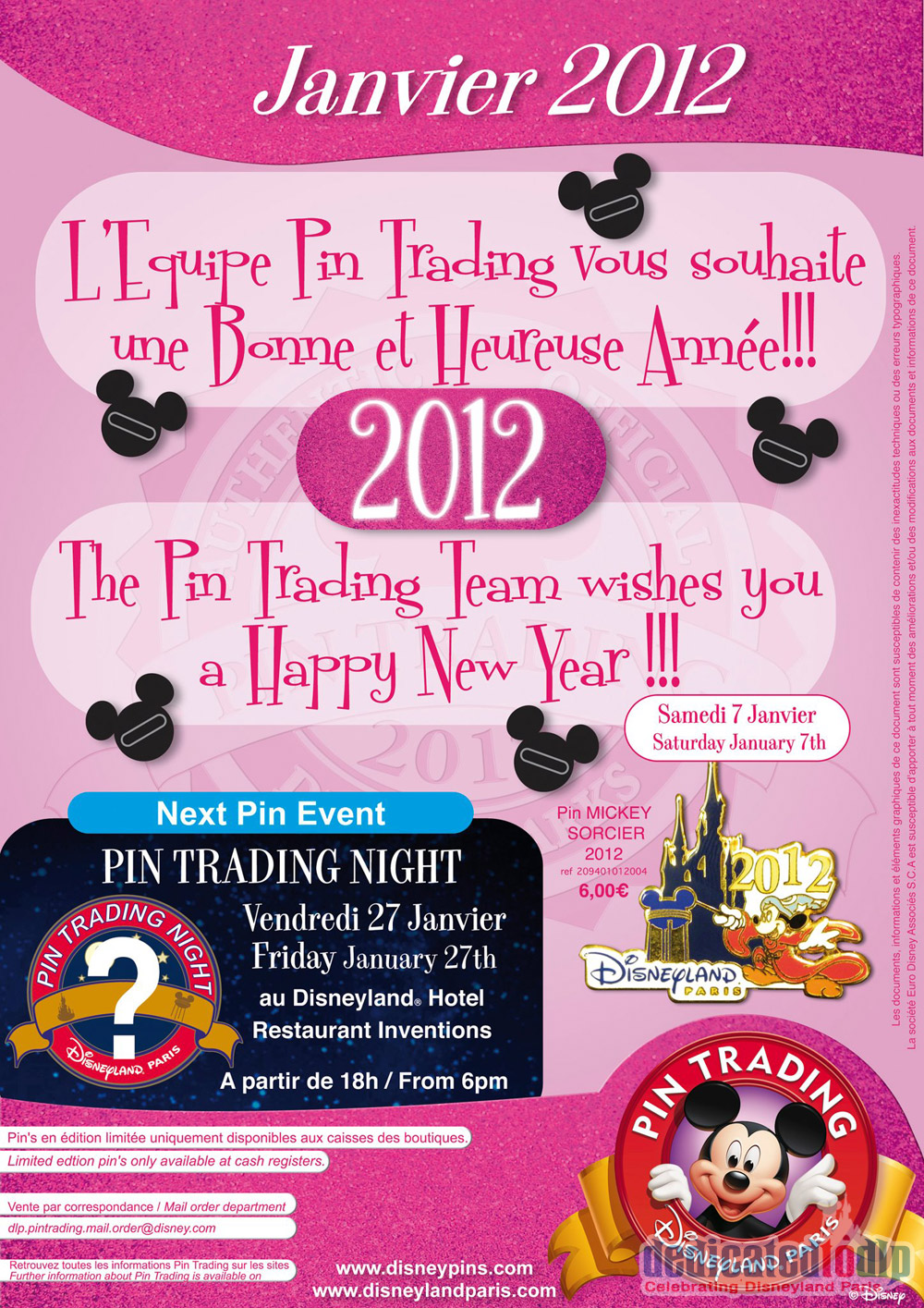