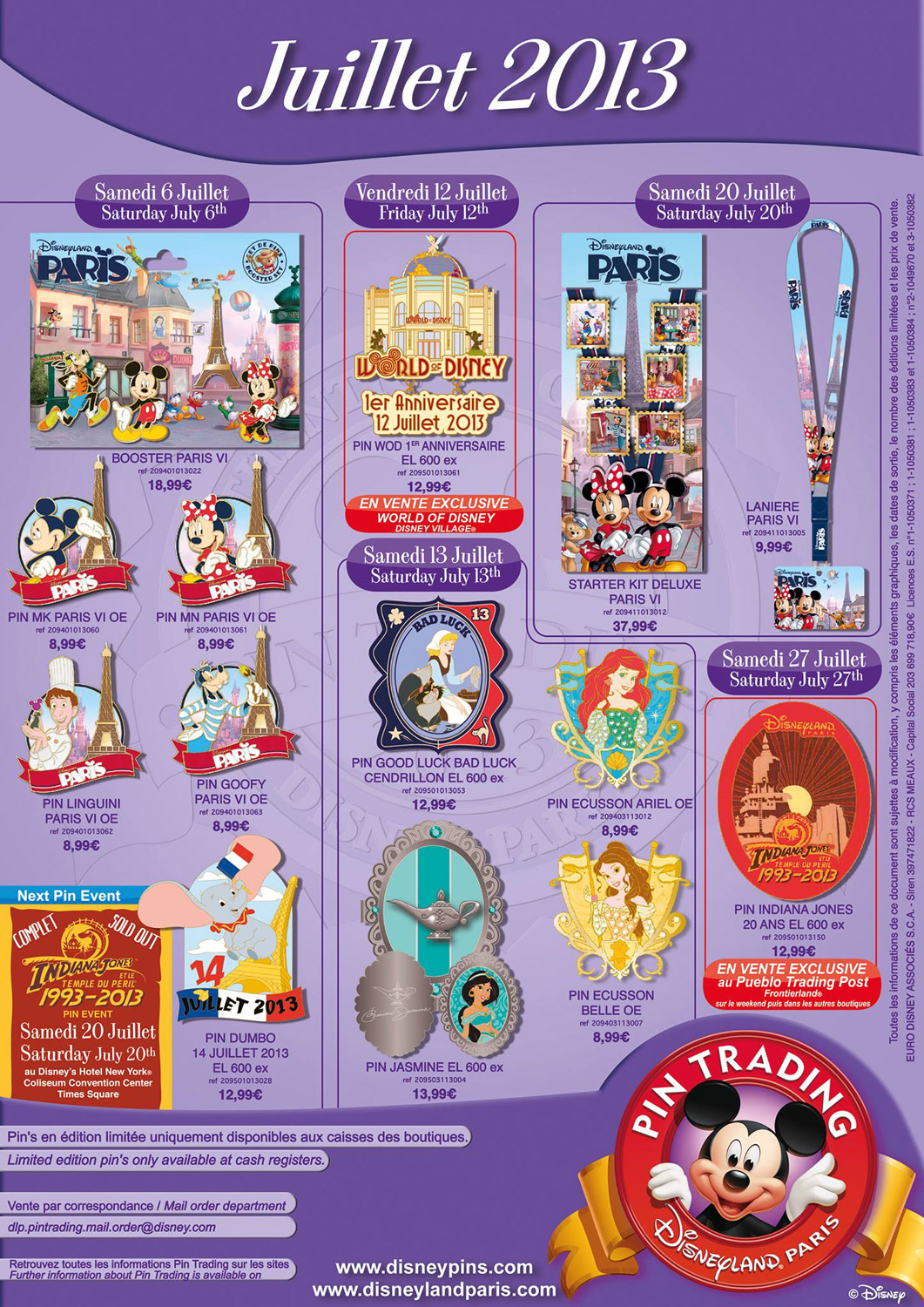 Wow, almost half of 2013 has gone already – are we sure the months aren’t going by quicker this year? With a new month, comes a new set of pin releases in Disneyland Paris, and these are the ones for July 2013.

Look away if you don’t want to read a bit of a moan, but I can cover 14 pins and a lanyard by saying that I’m not keen on any of the Disneyland Paris merchandise that features the Eiffel Tower. Let’s leave that kind of merchandising for people visiting the actual city of Paris and concentrate on Disneyland Paris when in, well, Disneyland Paris. This is apparently the 6th set of Paris pins to be released in Disneyland Paris and I particularly dislike that the Eiffel Tower is in the foreground and the castle in the back. Use the Earful Tower, use the Tower of Terror, use Phantom Manor, use Big Thunder Mountain, use Main Street, U.S.A., use Space Mountain… I think you get my point. To me the addition of the Eiffel Tower cheapens the pins and makes them look like the tacky souvenirs that the street traders used to sell on the resort hub.

I can forgive the 14th July Dumbo pin as that’s Bastille Day and they have a big firework celebration at the Eiffel Tower each year, and Dumbo is flying a French flag. At the very least it’s nice to have Dumbo featured, though for that specific celebration it might be nice to see one of the French characters like Remy or the Hunchback.

Of them all, at least the pins in the Deluxe starter kit feature the Eiffel Tower on the packaging only and the actual pins are quite cute. I must admit I was put off by the packaging and only noticed the designs of the ins on the 2nd or 3rd look.

The 1st Anniversary pin for World of Disney is a nice touch, and at 600 units will no doubt sell out and become a highly valued collectors item as quickly as the original World of Disney pin sold at the launch last year. Like that pin from 2012, this one will only be sold in World of Disney in Disney Village. Being released on the actual 1 year anniversary, 12th July, this is a rare Friday release for a pin in Disneyland Paris.

Saturday 13th sees 4 more Princess pins released, in a a year of never ending Princess pins. At least the Cinderella bad luck 13 pin is a bit different to the usual, which we see represented with the other 3.

The Indiana Jones and the Temple of Peril pin being released on the 27th (2 days before my birthday if anyone is stuck for gift ideas) is the best of the bunch, and is a limited edition pin of 600 units sold only at the Pueblo Trading Post in Frontierland. It’s a 20th Anniversary pin, celebrating the opening of this ride. That’s a tradition I’d like to see them continue, only 13 years to wait for the Buzz Lightyear Laser Blast 20th Anniversary pin. Oddly there is an Indiana Jones trading event being held the Saturday before on the 20th, in the New York Hotel. Not sure why the Indiana Jones pin is not released the same day as the Indiana Jones trading event.

A lot of pins released this month in Disneyland Paris, but not many on my wish list – really only the two limited edition pins, and maybe the deluxe booster kit too. So pin collectors, what are your thoughts on this bunch of releases? 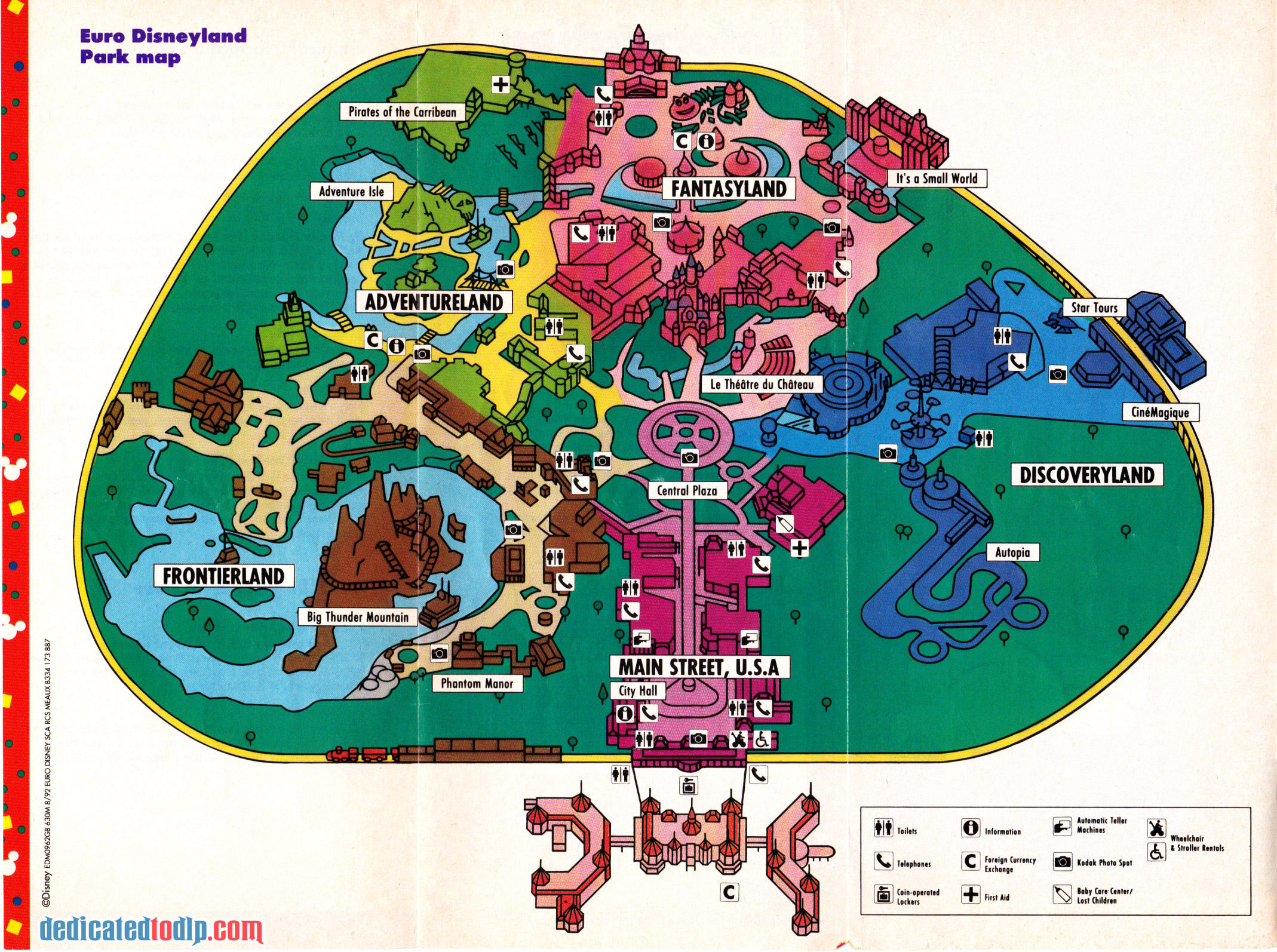 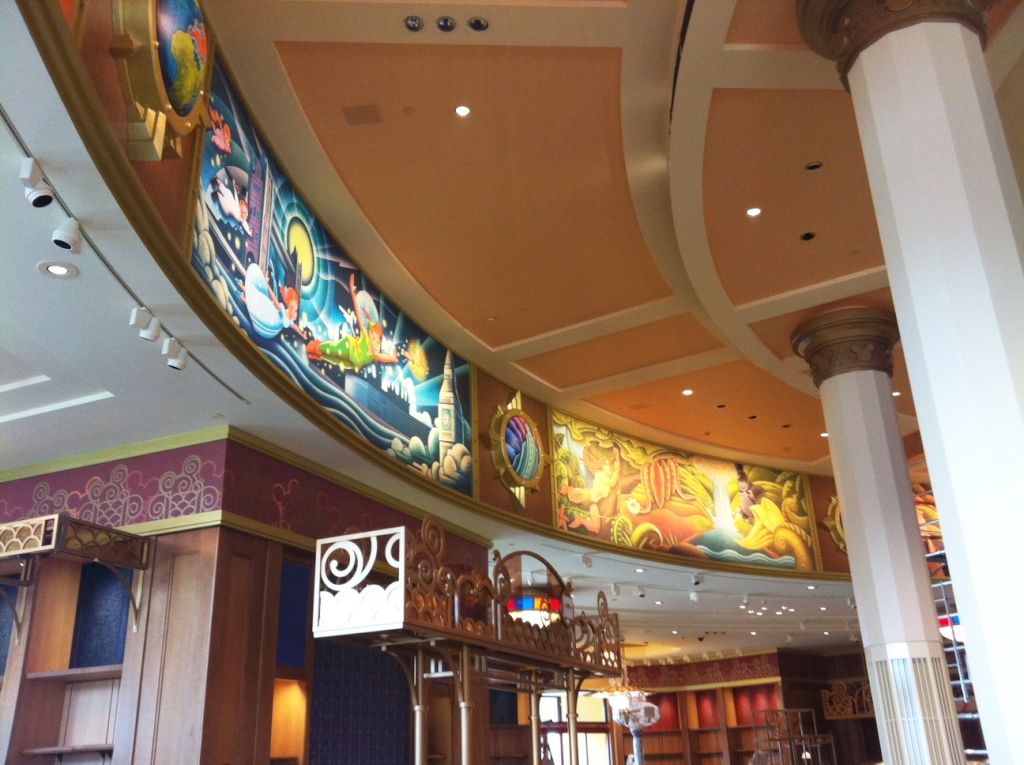 First photo from inside World of Disney store in Disneyland Paris