Less than a week before Comic Con hit London I got an invitation from Disneyland Paris to attend, with the knowledge that they would have a stand, and that was it. As a regular at Comic Con I was most certainly eager to attend, and very intrigued to see what Disneyland Paris would present to the masses. As we got closer a tiny bit more information got revealed, that being that those invited would attend a presentation before the Comic Con even opened to the public. So, what would it be? My mind did go straight to Marvel, given the many rumours that have been circulating for the past few months, and given Marvel had such a huge presence at most Comic Cons, but especially this one, taking place during the opening week of Thor: Ragnarok. I did wonder if it would also be something that hadn’t already been leaked via rumours, such is the rarity of such a thing these days.

Friday October 27th and though a multi car accident on the M25 threatened to halt my progress, I did make it to the Excel Centre with time to spare, and on picking up my Marvel themed press pass did think my assumptions could turn out to be correct. Of course it was a standard press pass given to everyone, and wasn’t in fact any kind of evidence to support my genius theory. Walking over to the Disneyland Paris display it wasn’t hard to miss, being one of the tallest I could see, with Super Heros flanking Sleeping Beauty Castle on the backdrop, and an actual yellow Taxi on the cracked road, which made up the base of the stand. So, with the text Marvel Season of Super Heroes and Launching 2018, it was obvious what we were here to see. 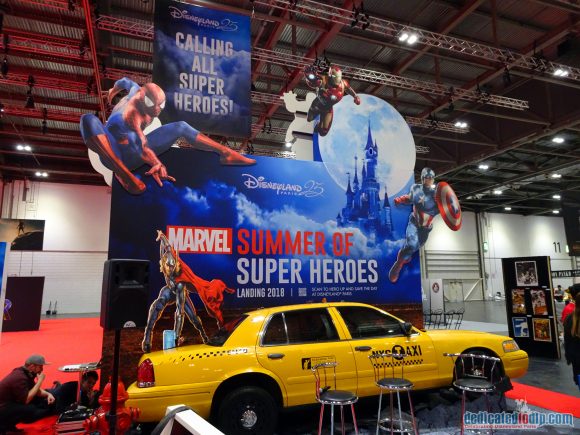 Very quickly we were welcomed and out came Vice President Franchise Creative and Marketing for Marvel Studios Dave Bushore and Mark Huffman, Creative Director of Disneyland Paris. This was impressive, the big guns were in attendance, which at an event like Comic Con you have to really, or pale into comparison with what is around you. They talked about the season and the new show that would be coming to Disneyland Paris in the CineMagique Theater, meet and greets, and then also about the new Art of Marvel Hotel, replacing what is now Hotel New York. They showed a video as part of the presentation which Disneyland Paris kindly uploaded later that day so I can share it with you right here and now.

For me the most exciting part was hearing of the immersive 360 degree experience, and as a big Marvel fan all my life it really does appeal to me. One thing that did strike me about the video is how often the fireworks in front of the Castle were shown – is this a subtle tease of something coming, or just the most obvious way to accompany the superlatives and adjectives they were using? It wouldn’t be completely outlandish to expect some changes to Illuminations for Marvel Season of Super Heroes, would it? Take out the Beauty and the Beast scene for starters, because as much as my wife loves it, it really doesn’t render too well on the Castle. Take out another, or maybe extend it, with a Thor, Captain America, Iron Man or maybe everyone together for an Avengers scene. It’d fit in perfectly with the new season and give people more reasons to come back and experience Illuminations.

The stand wasn’t just there to look pretty, as having your photo taken whilst attempting to lift the taxi, with the backdrop behind you, was offered. It was one of those print out and take the photo home with you (for free) deals, which is always great, as the photo goes on display and is a constant reminder of both a fun experience and of Marvel Season of Super Heroes at Disneyland Paris. Some opportunities were lost though, as the new Disneyland Paris brochure came out that day, and none were there to give to interested onlookers, slash potentional guests. There was a flyer with a code giving Comic Con attendees a free character breakfast when booking for the new season, but full brochures would have been good too. There was also no URL for Disneyland Paris or Disney Holidays on the huge backdrop, which seems an unlikely omission in this day and age. Or maybe it’s assumed that people Google subjects rather than enter a specific URL. There was a QR code present, but I couldn’t get it to work – I’ll keep trying.

It’s hard to explain, but I was kind of proud to see Disneyland Paris at Comic Con. That’s my home park and the one that has and continues to give me so many special memories, on display for everyone to see. Not only that, but offering up something new that you can’t get anywhere else in the world. There were a number of Disneyland Paris management over from France, as well as Disney people from here in the UK, so it’s obviously of great importance to the company. I hope going forward we saw more events where Disneyland Paris is represented, both in the UK and elsewhere in Europe. Now that they are utilising brands from all the Disney family, the appeal of Disneyland Paris is broadening to unprecedented levels, and I for one am glad to be a part of it and relishing the opportunity to experience Marvel Season of Super Heroes. 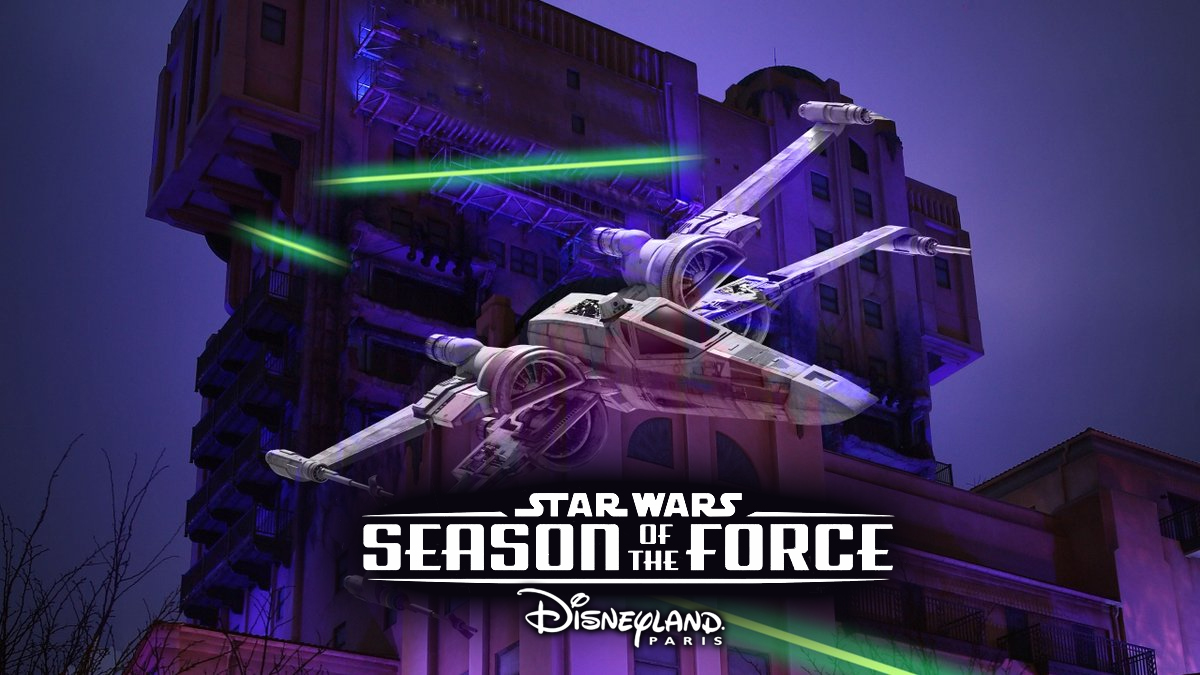 Star Wars Season of the Force in Disneyland Paris – Will It Make You Book a Trip in Early 2017? 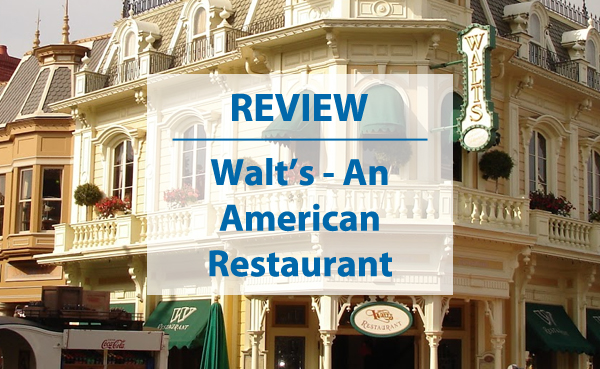