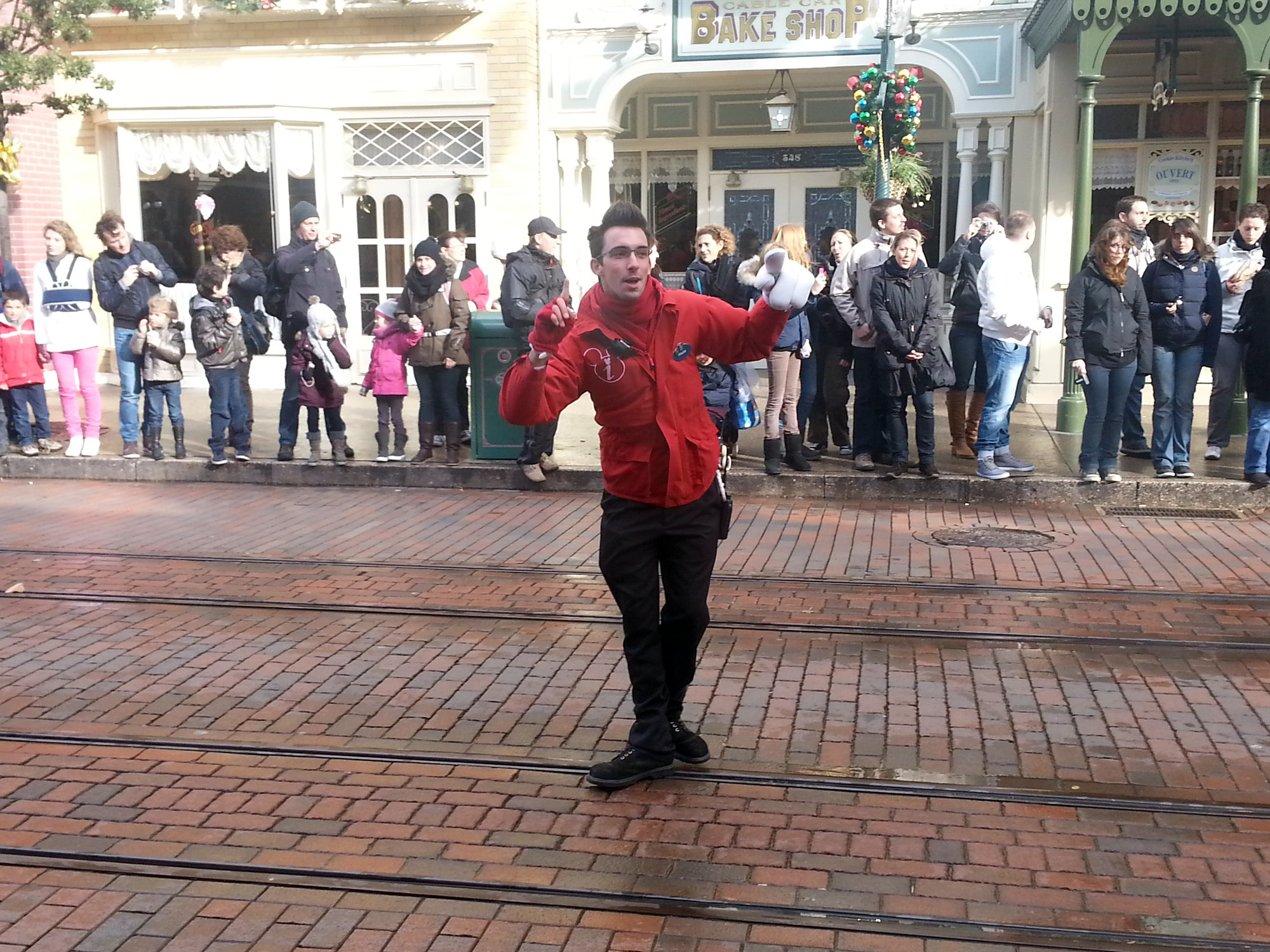 This particular Cast Member was walking down Main Street, U.S.A. in front of the Christmas Cavalcade, dancing, singing, interacting with the waiting crowds and making sure everyone was entertained. It wasn’t just a quick one-off, he did it all the way down Main Street, U.S.A. and had the look of someone who liked nothing better in this world than to be making sure we were happy, and it worked.

I looked around and saw other people pointing and smiling, and I myself very quickly took a few photos. Now I’ve always, almost without fail, had great experiences with Disneyland Paris Cast Members, but this guy took it to the next level. I loved watching the Christmas Cavalcade, but on this, my 3rd time of watching it during that weekend, it was this Cast Member who was the lasting memory for me.

It wasn’t until I got back that I discovered that I wasn’t alone in spotting this guy. After tweeting one of the above photos I was flooded with replies from people who had also seen and remembered him from their holiday. I was told that the blue name tag he is wearing is coloured as such because he has been recognised for being great, and rightly so.

Ladies and Gentlemen, the Cast Member I am talking about is Yoann, and this is his story:

1994, one of the first time in Disneyland that I remember…

Since the opening, each time I saw a TV Spot for EuroDisney, it was like a big party at home. Then in 1994, I go with my family to the park and I was finally tall enough to ride on Big Thunder Mountain. Excited but really scared so in the line I panicked and a Cast Member talked to me and shared with me the story of the attraction.

After that, I wasn’t scared anymore and decided to finally go in the train. When I came out of the attraction, a said to my parents that me too, one day, I’ll be a cowboy in Disneyland and that I’ll have a name on it !

I came a lot of times then in 2008, I arrived in Paris to work (I come from middle France) and didn’t think about getting a job in DLP. Then a friend told me about the casting, and so after few letters and mails, I get an interview, then THE CONTRACT, for a professional program in which you discover parks operations, food and merchandise departments. But didn’t know where exactly I’ll work.

First day, someone gave me the precious, the name tag! I cried then, I’ve signed a paper on which I saw Yoann -> BIG THUNDER MOUNTAIN, I cried again!

So I’ll celebrate my 5th anniversary working in DLP. I’ve discovered so many attractions and teams, and I’m really proud of everything I’ve done.

Then in 2011, the Walt Disney Co, Disneyland Paris and Cast Members honoured me by the highest recognition in the entire company…the Walt Disney Legacy Award (blue name tags).

My favorite part of my job is really sharing my knowledge about the company, about Walt himself, or some tips around the parks like hidden Mickey for example or how everything was created 20 years ago. Helping people to create good memories like entertaining on parades and shows during they wait for the show. Communicate with everybody and sometimes play with them in lines or before Disney Dreams!

What I see for the future ? I just want to do something I really love, and keep sharing my passion with others, colleagues or Guests. Everything is possible, you just have to believe…and a little bit of pixie dust 😉

It’s obvious from talking to Yoann why he comes across so well, because it’s his passion and and much more than just a job to him, as it is to many Cast Members. If you want extra magic then look no further than Yoann, he has it by the truck load. As for what he’ll do next, I think Yoann: Ambassadeur Disneyland Paris sounds good. 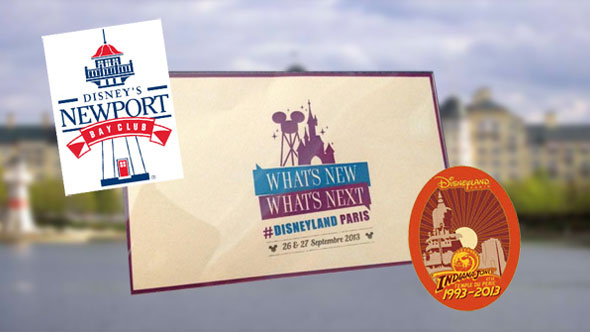 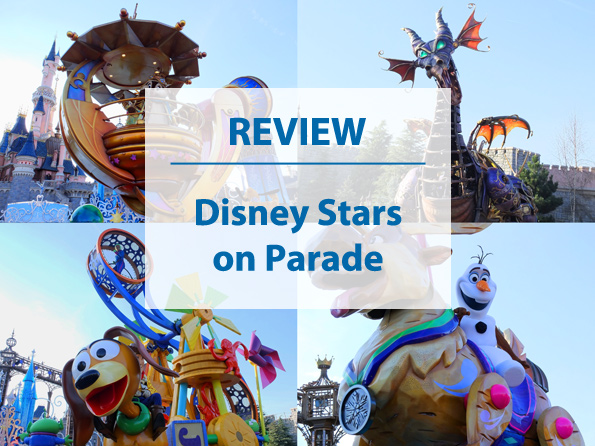 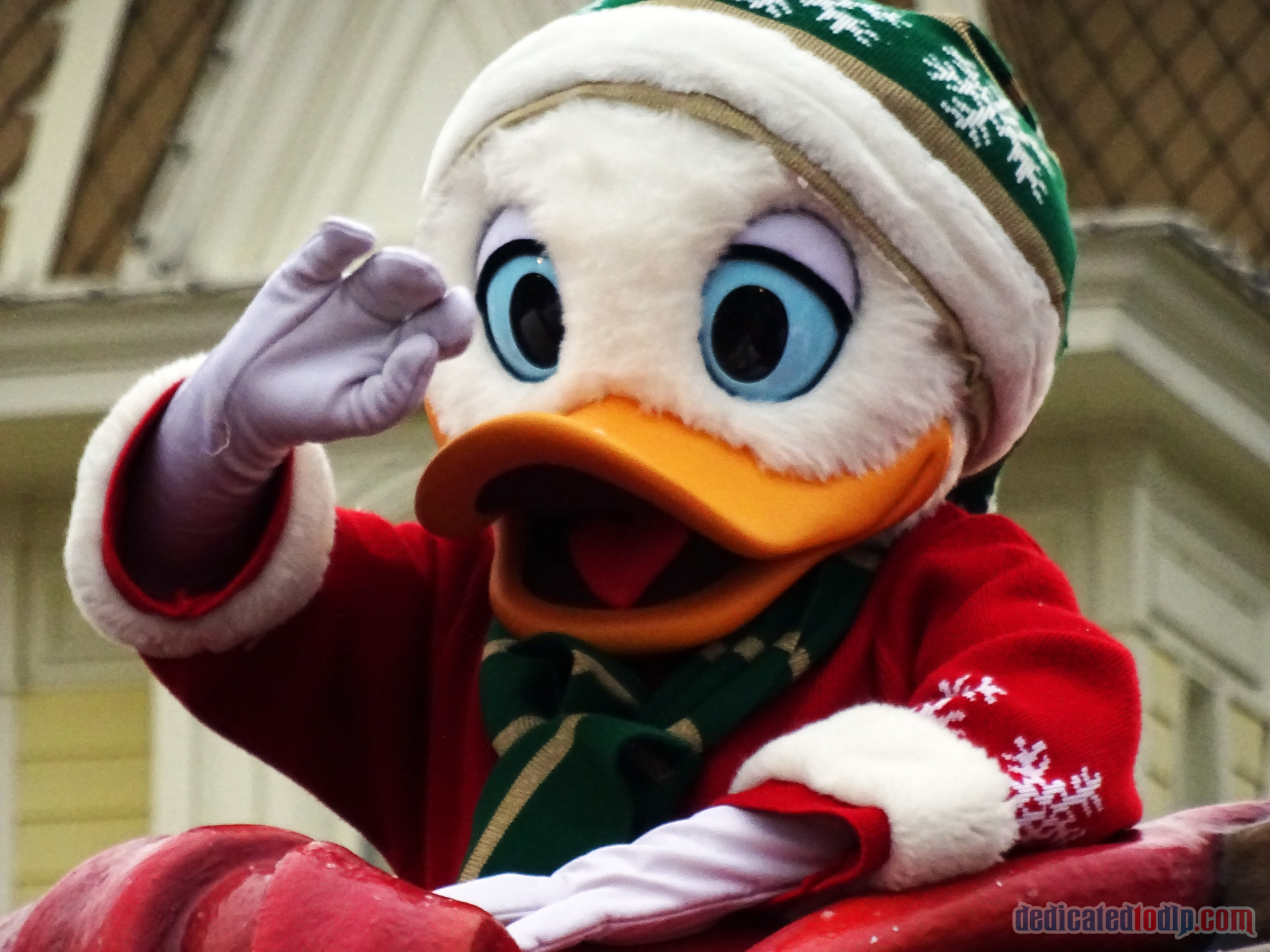