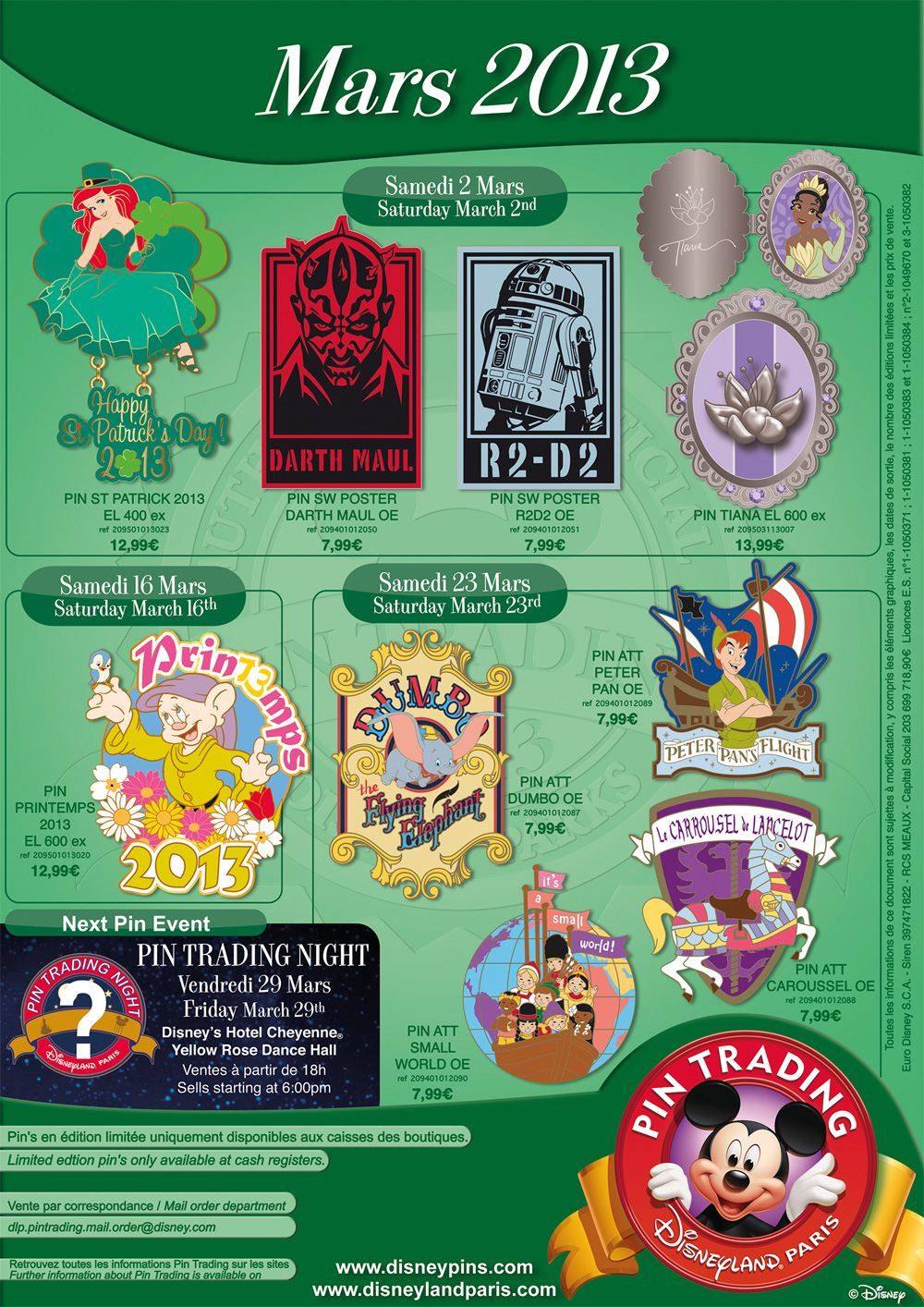 I know February is short month anyway, but this year it seems to have flown by. Wasn’t it only last week I was writing about the February pins?

Lovely green background to match St Patrick’s Day, which is the feature of the first pin coming out in a few days, on Saturday March 2nd. Is that Ariel from The Little Mermaid dressed up in an Irish outfit and sitting among the clover leaves? Extra marks for the little dangly bit, which by now you must now I always like to see in a pin.

Released on the same day are two more Star Wars pins: Darth Maul and R2-D2. I’m a huge fan of The Phantom Menace and Darth Maul is one of my favourite Star Wars Universe characters, even though he was criminally under-used in the film. Thank you to the Clone Wars series for bringing him back. As for R2-D2, well he’s a legend isn’t he? They are joined by a Tiana locket pin and all three of these are part of continuing collections.

On March 16th we have a very cute Dopey pin and how clever they have been to make the t and e in Printemps into 13, because it’s 2013! Printemps is French for Spring, which seems a very long way off with all the snow and cold weather we’ve been getting recently, both here in my resident England and over in Disneyland Paris.

On Saturday 23rd we see 4 more of the attraction pins released, double the amount than have been released in previous months. The Dumbo pin stands out for me, with Le Carrousel de Lancelot coming in a close second. They are all great, and this series continues to deliver month after month. If anyone is collecting all the pins in this series then you are going to have a fantastic set of pins which I think would look fantastic mounted and framed.

After the absence of a pin trading event for February we are back with one in my beloved Hotel Cheyenne on Friday 29th March. It’s located in the Yellow Rose Dance Hall which is part of the Chuckwagon Cafe, and starts at 6pm.

A really good set of pin releases this month, all of which I’d like to own, except for the princess locket pin and Printemps pins – bit too cute and girly for me. 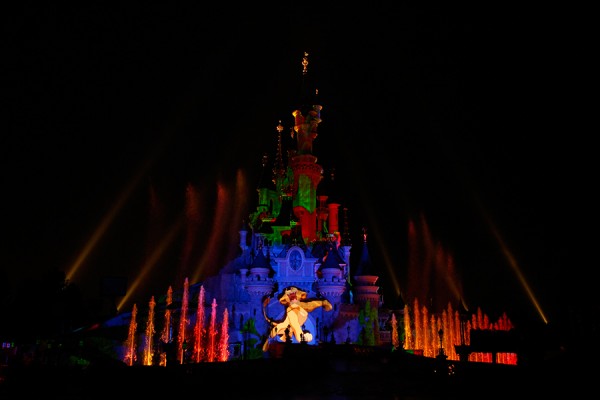 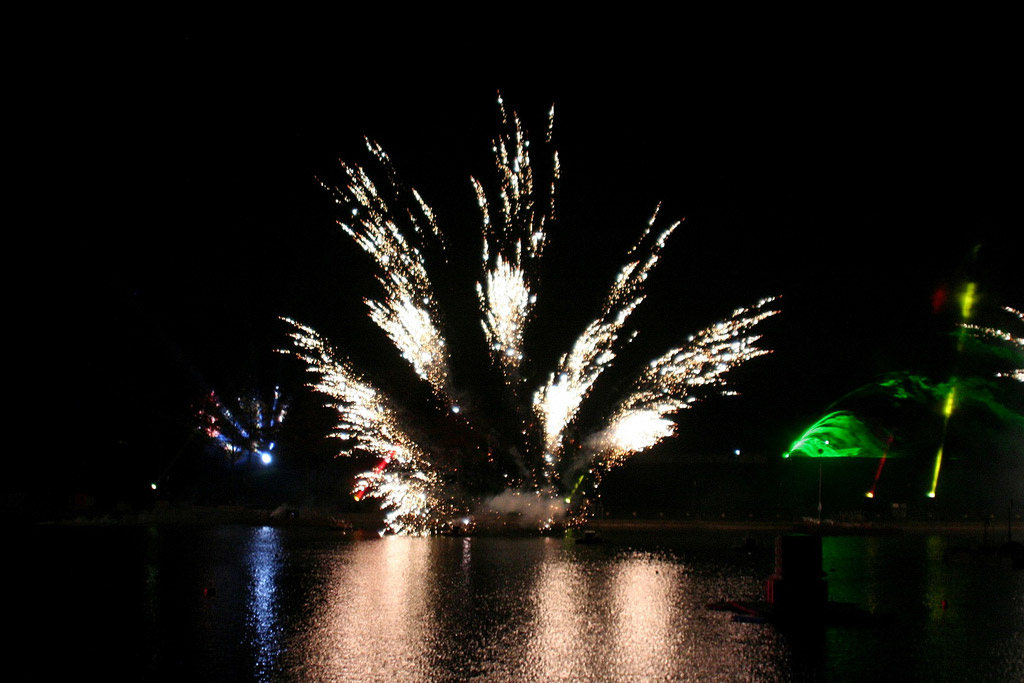 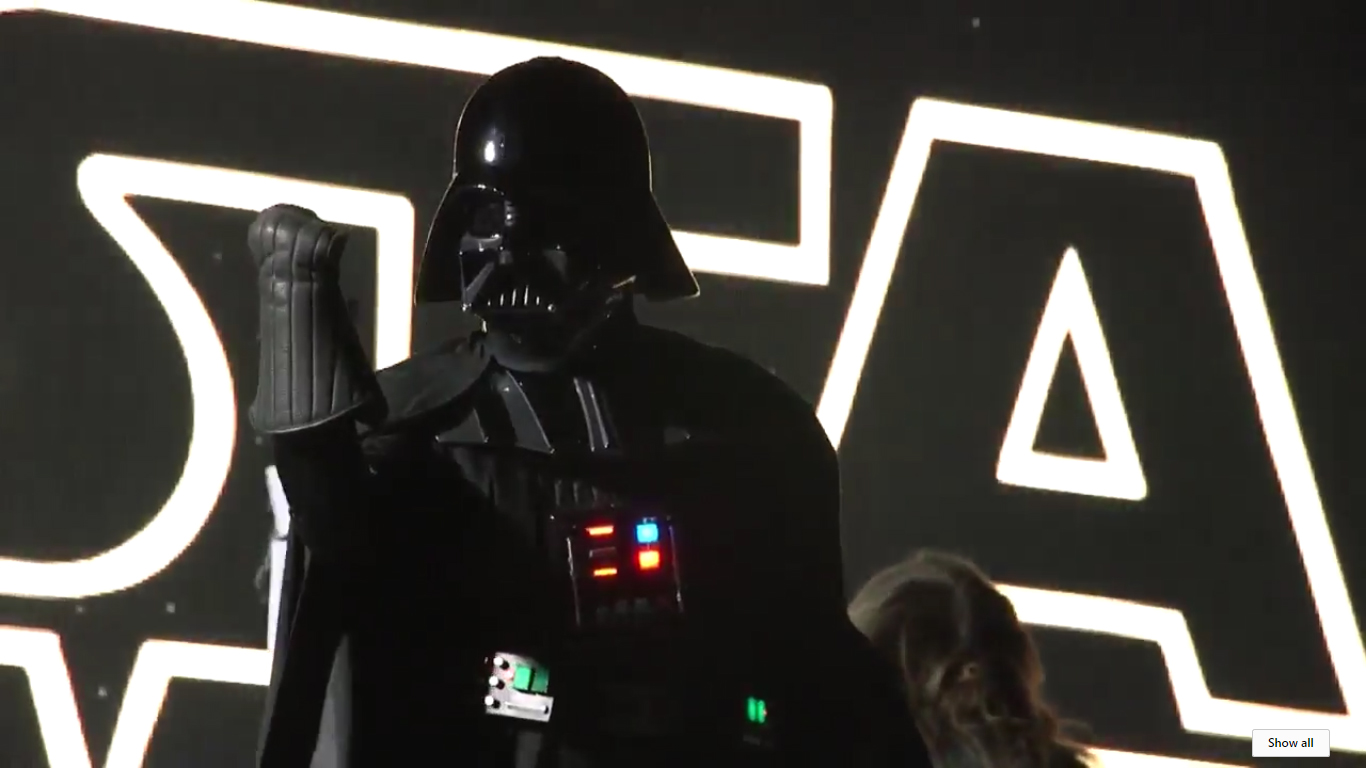