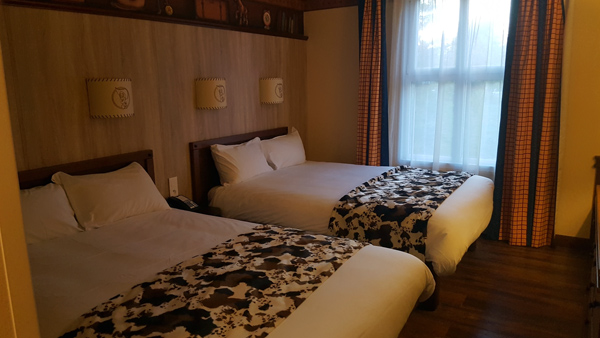 It only struck me after I’d written my Disneyland Hotel review, that as much as I talk about how much I love Hotel Cheyenne, and especially post refurbishments, I’ve never written an actual review of those stunning Texas Rooms. I think it’s time I rectified that.

It was back in October last year (that was 2016 in case you are reading this in 2027) that I booked to stay in the new Texas rooms of Hotel Cheyenne for the first time. I was over in Disneyland Paris for my first ever Halloween Soiree and had booked a 2 night stay, which they tried to tempt me not to do. I realise that last statement sounds quite odd, but on checking into Hotel Cheyenne they offered me a free upgrade to the also recently refurbished Newport bay Club. I said no, because I’d been looking forward to seeing the Texas Rooms for some time, and also because my heart well and truly belongs to Hotel Cheyenne. The Cast Member went on to explain that Newport Bay Club was an upgrade from Hotel Cheyenne, with swimming pool and closer access to the Parks. She looked quite bewildered when I said that I wanted to keep my original booking, here at Hotel Cheyenne. 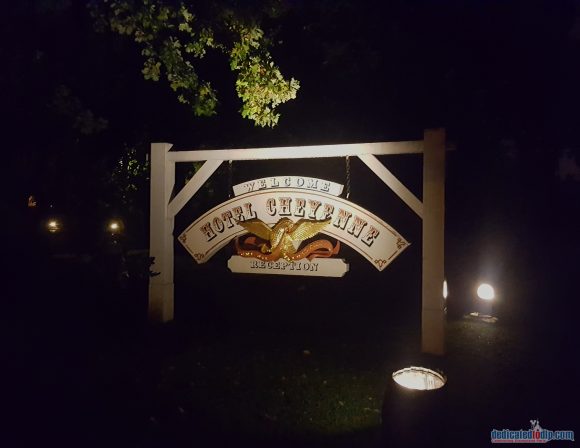 Aside from being the most uniquely themed hotel in Disneyland Paris, I have a big emotional attachment to Hotel Cheyenne, being that it was the first hotel I stayed in on my very first visit to Disneyland Paris in 2002, and is the one I have stayed in for the majority of my visits since. It’s actually only by luck that I ended up in Hotel Cheyenne 15 years ago, as my first choice was Hotel Santa Fe (first visit – went as cheap as ppossible), but they had no vacancies. I didn’t explain all of this to the Cast Member, I think she’d had quite enough from the strange English guy turning down an upgrade to a better hotel.

I was allocated room 1875, which is in the Wyatt Earp building, just a very short walk from the main reception/restaurant building. On entering the room for the first time I was pretty gobsmacked at how different the room looked. Sure I’d seen a few photos, but nothing is ever as good as seeing with your own eyes, and there was a lot to take in. As much as I loved the old Hotel Cheyenne rooms, the new Texas Rooms looked so much plusher, as if an extra key or 2 had been added to the standard of the hotel. 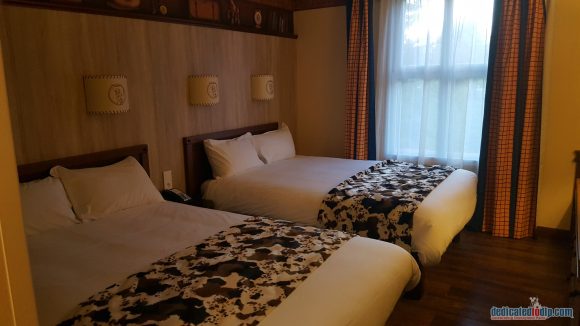 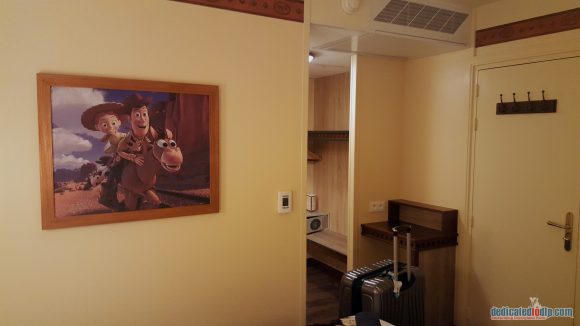 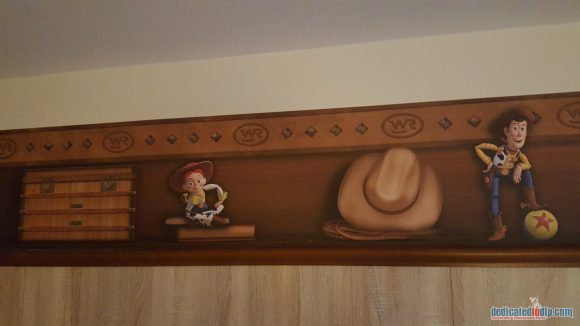 My eyes were darting all over the place, from the Woody light shades on the wall, to the Toy Story picture on the other wall, up to the Toy Story wallpaper frieze and over to the Woody shirt patterned curtains. Everything looked brand new, as you’d expect from a recently refurbished room, but this was an overhaul and a half. The little built in seat next to the chest of drawers added a touch of decadence, whilst the chest itself had power points for both UK and French plugs, and USB sockets. For the first time staying on Disneyland Paris, I had enough sockets to charge everything at the same time AND in a place that I could easily reach and place my electronic devices. This might not seem like much of a revelation, but if you’ve stayed in Disneyland Paris on site hotels before you’ll know that the majority of plug sockets seem to be hidden away behind lamps at ankle level. 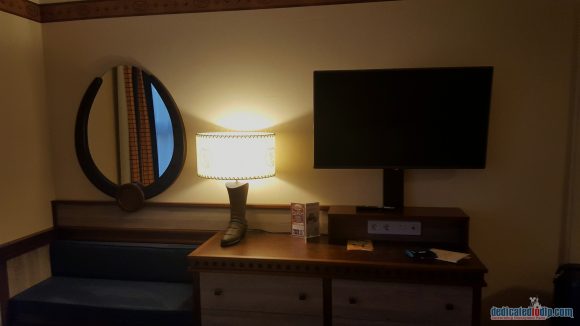 The bathroom has had a big refurb too, with a huge mirror, grand looking new sink and even a horseshoes decorated shower curtain. For some reason I never took photos of the bathroom on any of my three stays in a Texas Room, but luckily I took a small video tour back during that first stay last October.

What you will see in that video is the best thing about the new Texas Rooms in Hotel Cheyenne – the boot lap. YES! The awesome cowboy boot lamp that has been synonymous with a stay in the Western themed hotel at Disneyland Paris remains. This room would have been awesome anyway, but by keeping the boot lamp they go up a further level. Plus it now has a Woody lampshade. The bed was really comfy and there was hot water to spare – perfect. 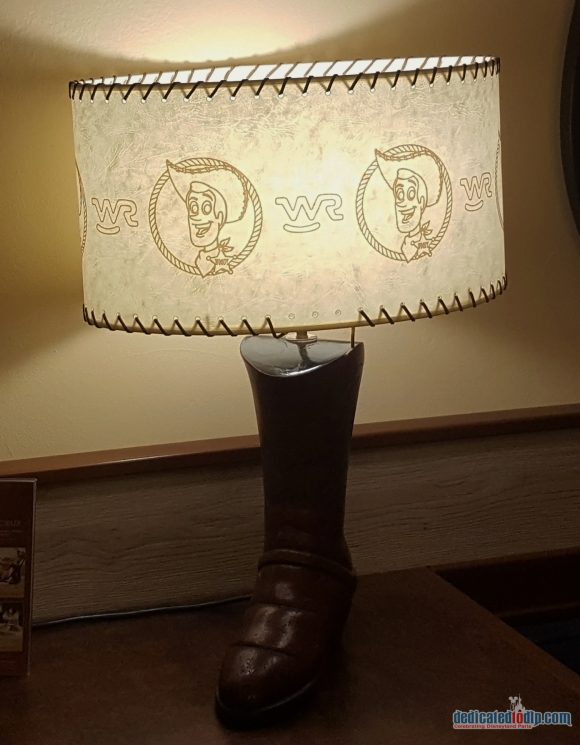 I’ve had a love affair with Hotel Cheyenne for 15 years – it feels the least like staying in a hotel of all the Disneyland Paris accommodation offerings and is escapism 101. Hotel Cheyenne Texas Rooms are, without a shadow of a doubt, the absolute best places to stay when you are at Disneyland Paris. I can’t wait to stay in one again at the start of December, and even though it will be cold, it’s worth it, and I always enjoy the walk to the Parks along the River Rio Grande. If you’ve never stayed in Hotel Cheyenne then do yourself a favour and book now. 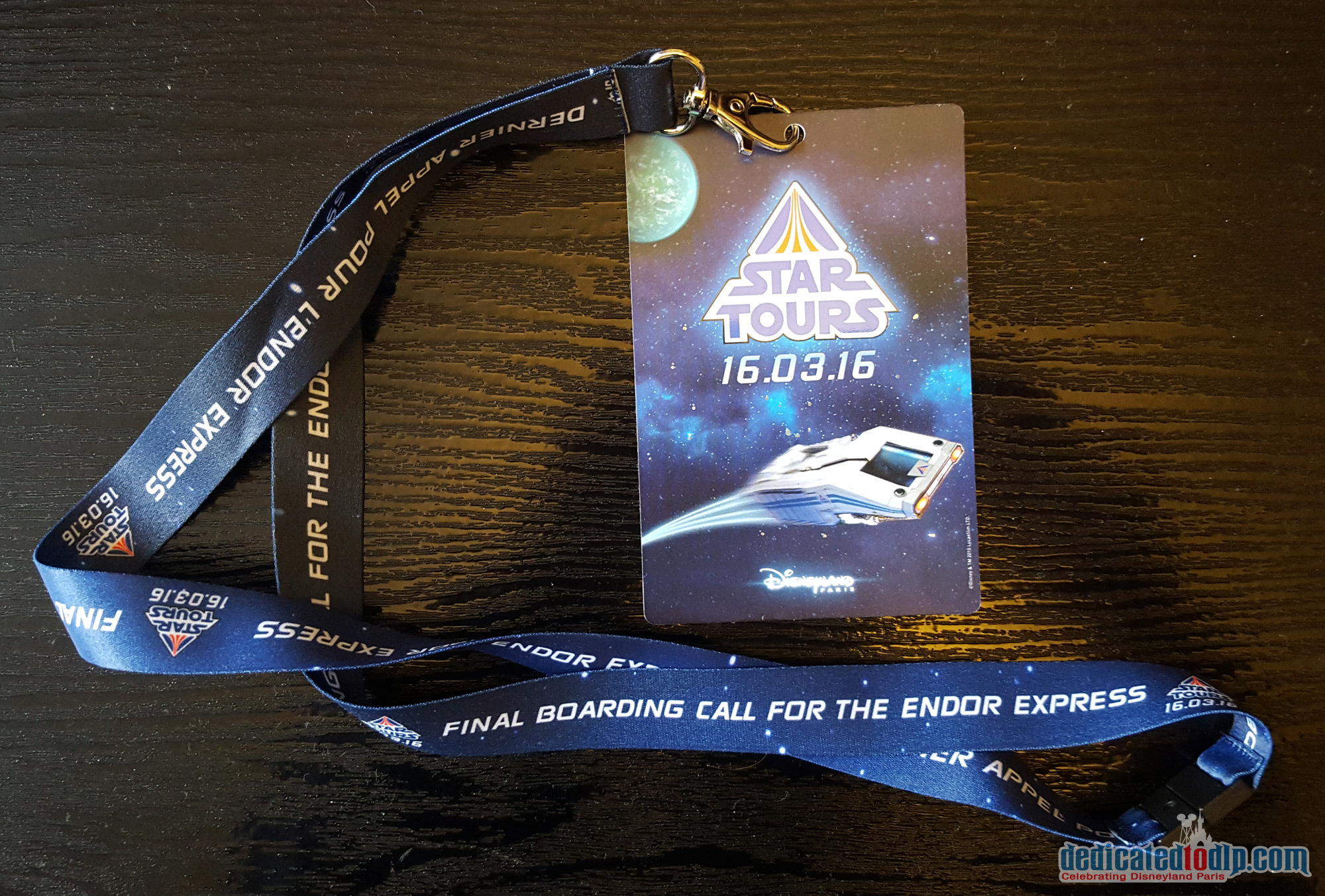