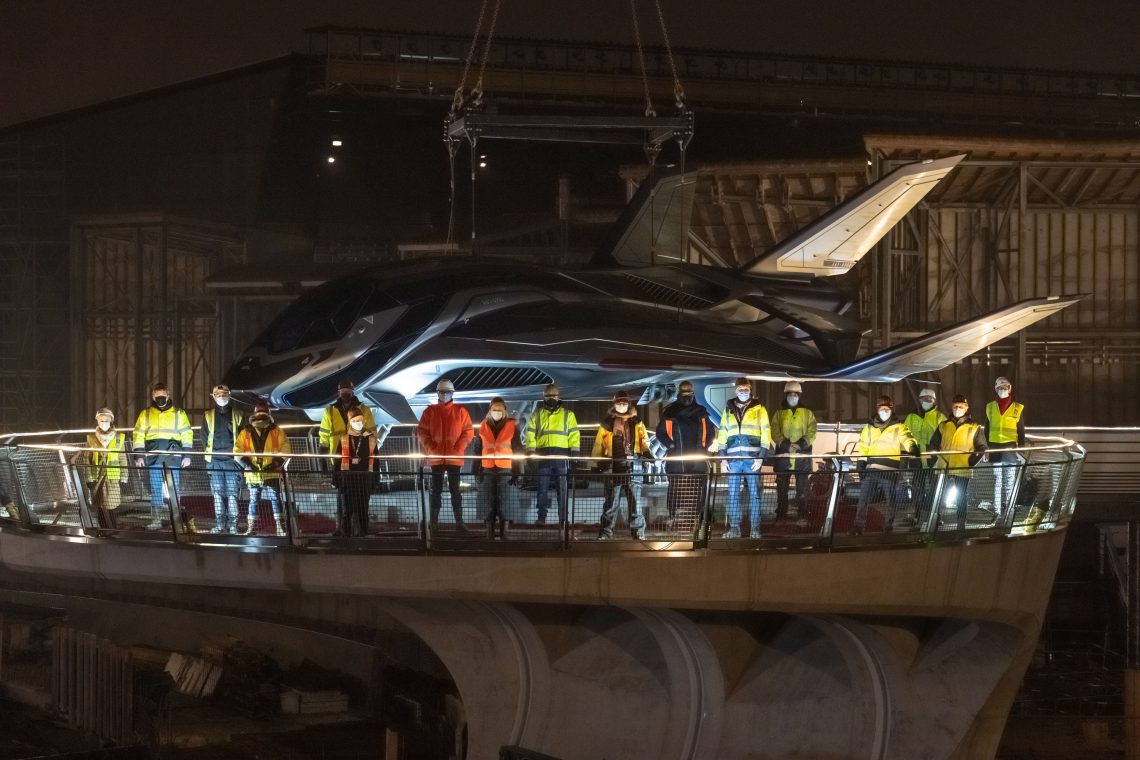 Last night, the Avengers Campus being constructed at Walt Disney Studios entered its next phase with the placement of a signature aircraft: the Quinjet. This exclusive video of the Quinjet “landing” was shared by the Creative Director for Walt Disney Imagineering’s Global Marvel Portfolio, Scot Drake.

“When we started imagining Avengers Campus,” explains Drake, “we immediately thought of creating a powerful centerpiece that would draw Guests into the heart of the action, thus encouraging them to bring out their inner superhero. We also looked for a symbol of the global interconnection between the campuses, and the idea of the Quinjet quickly emerged as the most iconic piece of Avengers tech that would rally superheroes around the world.”

The full-size aircraft was realised in cooperation with British company UK Loco based in Evesham, Which Drake says was a a true collaboration of talents within WDI, Marvel Studios and UK Loco’s European Team. “First imagined as an advanced aircraft transport used by Earth’s Mightiest Heroes, there have been several different Quinjet designs throughout Marvel comics and the Marvel Cinematic Universe. However, for our own Avengers Campus version, we wanted to show an aspirational forward-looking aesthetic. So we came up with this all new WDI design. But to build a full-size jet, we needed to bring in additional engineering expertise which we did by partnering with British company UK Loco, a long-term, trusted partner of WDI Paris who had already provided unrivalled technical input into immersive experiences such as Toy Story Playland, Crush’s Coaster and Ratatouille: L’Aventure Totalement Toquée de Rémy.”

Avengers Campus at DLP is scheduled to open Summer 2022. 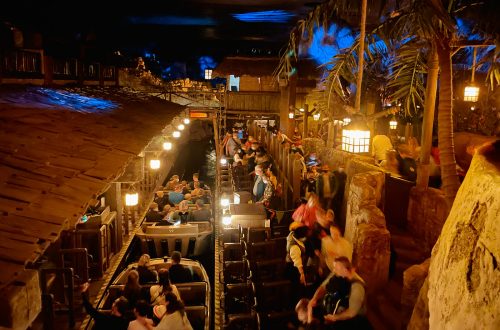 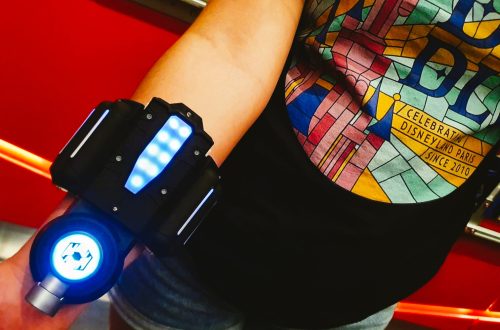 WEB Power Band: Worth it? 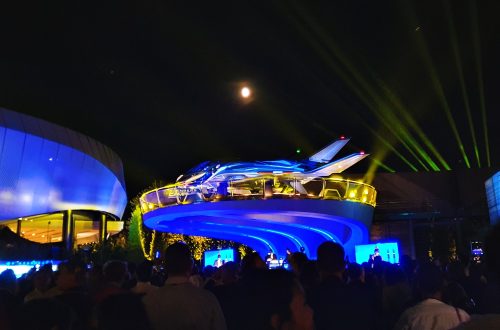